Ohio ACEP Board of Directors Candidates

Board members will be elected by ballot by majority vote of the Chapter membership at the Chapter's 2020 Annual Meeting, the Ohio ACEP EM Assembly, taking place March 17, 2020 at The Grand Event Center in Columbus. Board members will serve for three years. Their terms of office will begin at the close of the Annual Meeting at which they are elected. 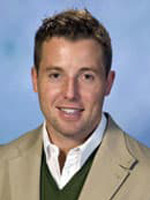 Dr. Sonny Bare is currently an attending emergency physician at Western Reserve Hospital in Cuyahoga Falls, Ohio, where he also serves as Chief of the Emergency Medicine Department and Chief of EMS. He considers himself fortunate to train and work in the birth state of emergency medicine.

As the EM department chief of the second-largest physician-owned hospital in the country, Dr. Bare believes he brings a unique skill set to help EM physicians navigate some of the most challenging billing issues to face our specialty in years. And as a physician who is part of a practice group that has worked all over the state—from inner city Level 1 Trauma Centers to critical access resource-limited emergency departments—he believes varied experience like his is vital for equitable advocacy, unity, and responsiveness to Chapter members.

For many years, Dr. Bare has served the educational arm of Ohio ACEP, from the Oral Board Review Course to the new Sim-Based Neonatal and Maternal Skills Course. Dr. Bare says he would like to continue to serve his fellow Ohio ACEP members throughout the state.

Dr. Bare is running to serve on the Ohio ACEP Board because he believes Ohio emergency physicians need strong representation to protect the specialty of emergency medicine, our patients, and our livelihoods. This can be accomplished, Dr. Bare says, through enacting much-needed medical malpractice reform, fair reimbursement, and standardized physician-to-patient ratios. Dr. Bare would consider it an honor to represent and serve Ohio ACEP’s members. 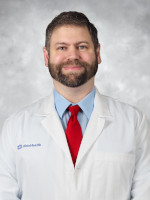 Dr. John Casey currently serves as the Associate Residency Program Director at OhioHealth – Doctors Hospital, a community academic site. Dr. Casey has significant experience as a member of the ACEP Federal Government Affairs Committee and has served on the Boards of the American Osteopathic Association and OhioHealth.

The next few years will be critical for legislation impacting physician practice, and Dr. Casey wants to contribute back to Ohio ACEP for being so supportive of him in his career. Dr. Casey has a long history of emergency physician advocacy, including being named as a Champion of Change for Healthcare by President Obama. His experience as hospital Chief of Staff allowed him to develop the skill set to effectively communicate with hospital leaders and medical staff from the entire house of medicine. In that position, Dr. Casey’s responsibility was to address practice right concerns with non-physician providers and identify solutions for ED boarding.

Dr. Casey says he understands the challenges of daily emergency medicine practice with continued shrinking resources; ongoing threats to physician autonomy; the opioid epidemic; and access to healthcare concerns such as balance billing.

Dr. Casey is running to serve on the Ohio ACEP Board of Directors because activity at the state chapter level affords the opportunity to advance emergency medicine in Ohio while supporting his colleagues at the local, regional, state, and national level. 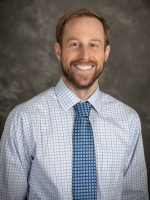 Dr. Tyler Hill currently serves as Emergency Department Director for Memorial Health System, a role he feels makes him uniquely qualified and strategically located to represent an important area of the state.

Dr. Hill says he is energetic about, and committed to, representing all of Ohio’s emergency medicine physicians on the most pressing issues currently facing emergency medicine. Over the past few years, Dr. Hill has been able to take part in several meetings with state politicians and policymakers to engage on critical issues such as surprise billing and the ongoing opioid crisis. Dr. Hill believes strongly that, in order to continue practicing in the best specialty in medicine, emergency physicians must continue to educate our politicians and fight for the specialty.

Dr. Hill says he would be honored to continue serving Ohio ACEP and that he appreciates all of those that have mentored him along his education and career. Dr. Hill says he is running to continue his service on the Ohio ACEP Board of Directors because his last several months on the Board have been both enlightening and inspiring, and there is much work to be done on behalf of the specialty of emergency medicine. 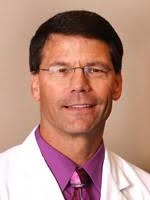 Dr. Daniel Martin is Professor and Vice Chair of Education at The Ohio State University College of Medicine. He is the former Program Director of the Categorical Emergency Medicine Residency Program (1990-2010) and current Program Director of the Emergency Medicine Internal Medicine Combined Residency. Some of Dr. Martin’s major clinical and education interests include patient experience, cognitive errors, faculty development, and leadership. Dr. Martin completed his undergraduate and medical school education at Indiana University. He completed a residency program in internal medicine at the University of Iowa from 1983 to 1986 and emergency medicine at the Medical College of Wisconsin from 1986 to 1988 before joining the faculty at The Ohio State University in 1988. He was promoted to Associate Professor in 1994 and to Full Professor in 2008.

Having served on the ACEP Council for over 20 years and now the Ohio ACEP Board of Directors, Dr. Martin understands the interests of a number of unique groups, such as academic EM physicians, resident physicians, medical students, and also the many attending physicians throughout Ohio whom Dr. Martin has helped to mentor and educate. Being the consummate learner, Dr. Martin completed an Executive MBA program in May of 2016.

Dr. Martin feels these experiences—along with his passion for immersing himself in policy proposals and advocacy issues—make him well qualified to continue representing the interests of Ohio emergency physicians on the Ohio ACEP Board of Directors. Dr. Martin is extremely thankful for being able to serve and is humbled by the experience. 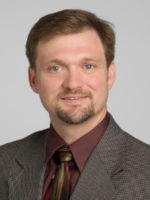 Dr. Queen attended medical school at The Ohio State University College of Medicine and completed his emergency medicine/internal medicine residency at the University of Illinois at Chicago Hospital. Dr. Queen has been closely involved with Ohio ACEP for years. He has served on the Board of Directors since 2012, and is the Immediate Past President of Ohio ACEP. Dr. Queen has also been a course director and lectured for more than 10 years for the Ohio ACEP Oral Board Review Course.

An established leader in emergency medicine education, Dr. Queen has also lectured multiple times for the Ohio ACEP Emergency Medicine Board Review Course. He has lectured and taught nationally multiple times and has several publications in peer-reviewed journals as first author. Dr. Queen’s greatest honor was winning the 2006 Teacher of the Year Award at Cleveland Clinic for his work with the emergency medicine residents.

Dr. Queen says he hopes to be elected to another term to the Ohio ACEP Board of Directors so he can continue to serve the Chapter and represent Ohio emergency physicians with enthusiasm and insight.