Councillors will be elected by ballot by majority vote of the Chapter membership at the Chapter's 2020 Annual Meeting, the Ohio ACEP EM Assembly. ACEP Council is the deliberative and representative body that meets once a year for two days prior to the College’s annual Scientific Assembly (ACEP's 2020 Scientific Assembly—ACEP20—will be held in Dallas, TX). The Council votes on resolutions, elects members to the National ACEP Board of Directors, and ensures grassroots involvement in the democratic decision-making process.

6 Councillors will be elected by Ohio ACEP membership to serve a two-year term. All current Councillors with expiring terms are eligible for re-nomination and re-election. 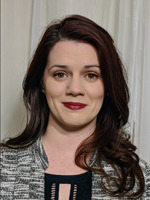 Dr. Bigley is a member of Ohio ACEP’s Leadership Development Academy. She describes Ohio ACEP as an established leader in education, political advocacy, and leadership, and values the opportunity to represent Ohio’s diverse group of EM physicians as a Councillor.

Dr. Bigley has served in a wide variety of leadership roles throughout her life. She says she is often drawn to positions of leadership for the opportunity to serve others and provide a voice to the underrepresented and believes that a strong sense of community, a passion for service, and a willingness to talk about hard subjects set her apart as a trustworthy and authentic peer. Dr. Bigley is passionate about advocacy for her patients, colleagues, and field of practice.

Dr. Bigley says she is running for Councillor in order to fight alongside Ohio’s EM physicians for a future where the time spent at work is meaningful, fulfilling, and free of trivial tasks and obstacles that make it harder to provide patients with the best possible care. 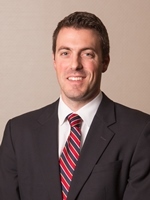 B. Bryan Graham, DO
Hudson, Ohio

During his fellowship over the past year, Dr. Graham has had the opportunity to spend time and learn from the experts in our field on reimbursement in emergency medicine. He has taken this experience and used it to help guide the Chapter as it advocated at the state level to members of the Ohio House and Senate during our fight regarding surprise billing. In addition to being trained by ACEP in this field, he has also had the opportunity to develop strong relationships with many of our college’s leaders.

Dr. Graham believes having a Councillor with expertise in the reimbursement realm would benefit Ohio ACEP given the current challenges facing emergency medicine. As an Alternate Councillor, Dr. Graham says he has gained a strong understanding for the process and importance of ACEP Council which will serve him well as a Councillor if elected. Dr. Graham thanks you for your consideration and the opportunity to represent Ohio ACEP members on ACEP Council and to continue to serving the Chapter. 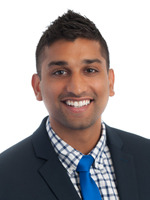 Dr. Shaikh is presently involved in the Ohio ACEP Leadership Development Academy, which he says has not only provided him with a firsthand glimpse of the significant impact we can make as individuals, but has also solidified his desire to advocate for emergency medicine. Dr. Shaikh says he feels an urgency to make a positive impact on the challenges facing the specialty and is very passionate about serving on the front lines of this important work.

Dr. Shaikh describes ACEP Council as a critical platform for emergency medicine physicians, particularly in areas like protecting jobs, strengthening the specialty, and most importantly, improving physician wellness. If elected to serve as a Councillor, Dr. Shaikh says he would be honored to combine his experience, knowledge, and innate passion for emergency medicine with that of his colleagues as emergency physicians continue to strive for positive progress for the specialty. 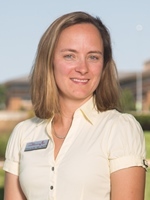 Dr. Erika Kube has proudly served as a Councillor for Ohio ACEP for the past four years, and she is asking for your vote for re-election. Dr. Kube says she considers it a privilege to represent her colleagues in emergency medicine at ACEP Council and is dedicated to representing Ohio ACEP’s members.

Dr. Kube’s involvement with Ohio ACEP began several years ago when she began teaching with the Ohio ACEP EM Ultrasound Course. She completed the Ohio ACEP Leadership Development Academy in 2016 during which time she served as an Alternate Councillor. She became a Councillor the following year and has served in that role since. Dr. Kube also served as Chair of the Ohio ACEP Membership Committee. In addition, Dr. Kube has leadership experience as a Board member for her physician group, Mid-Ohio Emergency Services.

Dr. Kube says she has enjoyed participating in the ACEP Council meetings because of the interactions with fellow Councillors from all over the United States and the world. She enjoys discussing the resolutions put before Council and voting on policies that shape the future of the College and emergency medicine.

If re-elected as a Councillor, Dr. Kube hopes to continue to employ her experiences working in a busy community emergency medicine practice, active involvement in resident and ultrasound education, and service as an EMS Medical Director. Dr. Kube looks forward to the opportunity and pledges to continue to strive to represent Ohio ACEP members and their interests. 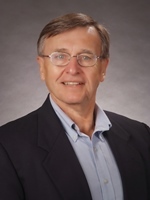 Dr. Thomas Lukens has been a member of Ohio ACEP for over 30 years and has enjoyed the camaraderie and professionalism of the organization. Dr. Lukens is proud that Ohio ACEP is well-regarded at the national level, and he wants to continue to aid with maintaining that reputation.

He has been privileged to be a Councillor for Ohio ACEP for the past 19 years, and he is well acquainted with the processes and procedures used at the Council Meeting. His experience interacting with former and current national leaders of ACEP will serve Ohio ACEP well. He looks forward to helping with mentoring younger Councillors and Alternate Councillors. Dr. Lukens’ goal is to enthusiastically represent Ohio at the Council meeting for the next two years. 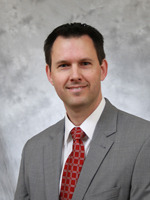 Dr. Brad Raetzke is a board-certified emergency physician practicing in Columbus, Ohio at several hospital campuses and is the Assistant Medical Director of Emergency Services at Riverside Methodist Hospital while also serving as Medical Director for several EMS agencies.

Dr. Raetzke is the current President of Ohio ACEP and has served on the Ohio ACEP Board for the past six years. Dr. Raetzke says his previous experience with Ohio ACEP leadership roles and at previous ACEP Council meetings make him an ideal candidate to help affect change within the College.

He is interested in continuing to serve Ohio ACEP through representation and by mentoring alternate and newer Councillors along their journey into patient advocacy. During previous Council meetings, Dr. Raetzke has worked to bring several resolutions up for discussion and has worked with other state chapters to develop cohesive resolutions.

Dr. Raetzke asks for your continued support and says he looks forward to working with ACEP Council to set goals and priorities for the organization in the coming years. 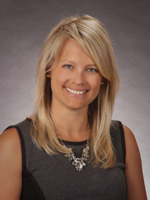 Dr. Nicole Veitinger is currently an attending physician in Columbus with Mid-Ohio Emergency Services, a small democratic group covering several Central Ohio hospitals with OhioHealth. She is Medical Director for one of these sites, the Westerville Emergency Care Center.

She has been on the Ohio ACEP Board of Directors since 2015, and she is the Co-Chair of the Leadership Committee as well as the Leadership Development Academy (LDA). Dr. Veitinger has served as an Ohio Councillor for the last six years, serving on both Reference Committee and the Tellers, Credentials, & Elections Committee. She is a member of the National ACEP Membership Committee.

Dr. Veitinger hopes to continue and enhance the Chapter’s outreach to members, residents, and medical students. Dr. Veitinger is running for re-election as a Councillor because she is eager to continue representing her fellow Ohio ACEP members, and she feels she is well positioned to accomplish that on ACEP Council. She is interested in continued participation on Council committees, as well as pursuing National ACEP leadership later in her career. Dr. Veitinger has a long-term interest to better the policies and practices of Ohio emergency physicians, as well as emergency medicine colleagues nationally.